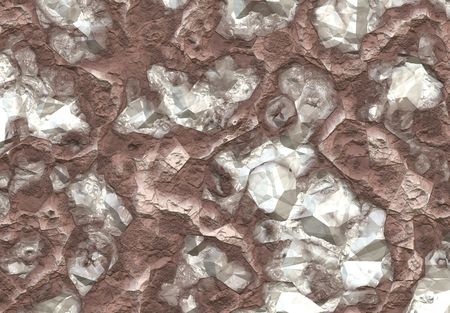 People associate diamond mining with South Africa, India, Russia and even Brazil.  Yet Australia today produces one third of the world's diamond supply. The history of Australian diamonds goes back the 1800's when diamond gem stones were discovered and mined in South Australia. Most of the diamonds discovered then were by chance whilst looking for gold and by 1890 around 50,000 small diamonds had been found in these gold-fields.

In New South Wales there were and are essentially two prime diamond districts. One is a stretch of country extending to the northwest and west of Sydney, as far as the Lachlan River.

The other diamond district is in the northeast corner of the State, in an area around a tributary of the Darling River that extends into New England. In these districts the diamond is found in sands together with gold and tin and essentially it has never been found in solid rock. This makes it impossible to determine the nature of the rock in which the diamond was actually formed.

In the Northern Territory there is only one operating diamond mine which has become Australia's third diamond producer. Until 2003, approximately 503,000 carats of diamonds had been open-pit mined in nine kimberlite pipes, they were famed for their top quality whites and large stones, Merlin Diamonds Ltd the owner of the mine reports that the largest diamond in Australia was discovered by them at 104.73 carats.

The Ellendale Diamond Mine is another of the working mines in Australia situated in the Kimberley area in northwest Australia. This mine has been said to bring sunshine back to the yellow diamond business. The demand for yellow diamonds of good quality is constantly growing particularly in India and China and Ellendale produces around 50% of all fancy yellow diamonds. This became so significant that Tiffany's negotiated exclusive rights. In effect they only take a small percentage in terms of quantity but it has been reported that this accounts for approximately 80% of the mine's revenue.

Although celebrities have kept yellow diamonds in the "limelight", the fall of rough prices saw the mine lose money in 2008 and 2009 and it was subsequently sold to a new owner that renamed their company Kimberley Diamond Limited. The company is very forward thinking in terms of production, financial planning and marketing. They are investing in developing new mines, their dividend and share performance is impressive, and the arrangement with Tiffany's and the auction platform they created for the remaining stock has added to the success story of their team headed by Lee-Anne de Bruin who is a firm believer in the future of the company and industry.

Perhaps the most famous diamond mine is the Argyle diamond Mine, owned entirely by the Rio Tinto company. This mine has been operating since 1983 and has produced, according to them, over 70 million carats and more than 6 billion US$ in income.

This mine is also in the Kimberley region, in the eastern part and its fame is in coloured diamonds in particular spectacular pinks. There is a very strong community commitment, special attention paid to preserving the environment and the production is beyond state-of-the-art technology.Australian diamonds have become the fourth largest producer of diamonds in the world representing about 12.5% in volume and their innovative approach to the industry with the variety of colored diamonds they produce present a promising future for the diamond Australian industry as a whole.