All the investment advisors want to be innovative and original on this topic, so there are those that have discovered America and tell you that there are so many diamonds in the world and they exceed the demand so much that this gem is almost worthless. There are those that have their interests in other commodities and will tell you with their charts and graphs that by comparison you should not even buy a diamond to give to your love one and you will be better off with a polished piece of glass. They should try that out on their own loved ones first before committing their readers to possible doom.

There is no escape, a diamond is a girl's best friend and it really doesn't matter how this came about, whether it was a clever advertising campaign in the 1930's telling us that diamonds are forever, or whether women finally woke up to the fact they really deserve them. Additionally, these writers have forgotten about their history lessons where hundreds of years ago, wars were fought over diamonds symbolizing royal wealth and power.

Investment is like any other commodity, it is only a question of supply and demand. More demand than supply, your returns go up, and if supply supersedes the demand you should have put your money elsewhere say the sagacious amongst us. So we are being told that some diamond suppliers, the miners and producers created a false shortage through monopolization during much of the last hundred years and that if all the diamonds in the world were to be flooded onto the market, glass might turn out to be more expensive. This information is great if you want your audience to invest in gold or other similar commodities. The next criticism for diamonds as being part of your investment portfolio came from the ability to resell a stone at a price on par with the profit you gave the original vendor that you purchased it from in the first instance. 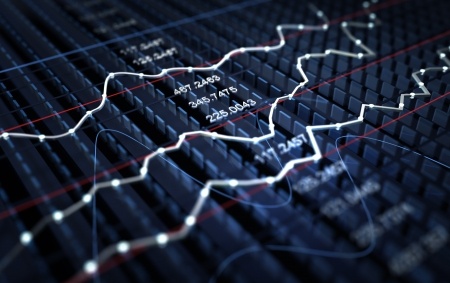 This information although being one-sided has not considered two essential aspects. Firstly it is incorrect to put all your diamonds in one basket, there are different qualities, sizes and colors each with differing sources and trends. Nobody would put all art into one single category when evaluating it as an investment opportunity.  Secondly there is the unavoidable fact that times are changing, so rapidly that it is hard to keep up with them. Just by examining China as an emerging market, diamonds are becoming a customary buy for engaged couples on the way to marriage. Citigroup reported that two thirds of engaged couples in Shanghai are now purchasing diamonds as opposed to only one third in the 1990's and in Beijing this figure is only at 40%.  The Times of India wrote at the end of 2013 that there had been a 25% increase in the purchase of diamond jewelry over the same year. Expectations for a growth in diamond purchases within the US add to the global rise in demand.

As mentioned before, there has been resilience to diamond investments because of the method for buying and selling which was until recently in the hands of the retailer, working because of the nature of his business, on large profits. This caused a large disparity between selling and buying prices so that the increase in the price of your diamond was offset by the limitations of your selling prospects. Today the standardization of prices globally and the availability of almost all types of diamonds on the internet have had an equalizing influence on selling and buying prices, as well as facilitating the ease to sell diamonds.

Perhaps the most persuasive element in diamond investment prospects and positive forecasts for diamonds in the near and far future is the issue of supply.  New locations for the host rock that diamonds are found in are becoming harder to discover and additionally there has been a significant decline in the production of current mines. As mentioned before, much of the supply of diamonds was in the hands of DeBeers who were controlling the amount of gemstones put into the polishing and trading branches of the industry but at the same time had large quantities of stocks. As the company has been taken over, the amount of stocks has been markedly reduced and thus creating a reality between the supply of rough diamonds and the availability of diamonds for polishing.

All that we have written until now looks at diamonds as one whole picture but the world of fancy colored diamonds has opened up a new window both in marketing terms and investment possibilities.  Recently certain sizes of stones have become increasingly hard to obtain and proportionately the prices for these specific categories has risen beyond diamond prices in general.

Seasoned and new investors, including serious collectors in this field have recognized that the revenue to be gained with colored diamonds is many times greater than with regular white diamonds. The amount of quality gems in this branch of the trade is limited and as rarity increases so does the price reflect this phenomenon. Some colors are so rare that supply of them only dwindles and as it does so the value of them increases at a rate unknown in the world of investment.

Those that realized this and purchased stones only recently have reaped profits of several hundred percent in just a few years. There is no doubt that the prices for these diamonds are only at the beginning of this upward trend and there are even those of a unique shade that are being sold at prices without proportion to their true or projected value.

Denir Diamonds through its easy to navigate website assists its clientele to find worthwhile deals with the intention to maximize their investments and is happy to advise on all aspects of colored diamonds.