The Elegance of Grey Diamonds 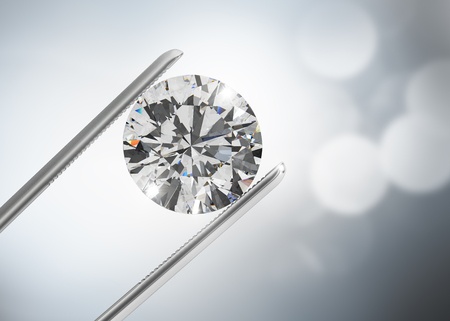 Grey represents intellect, knowledge, and wisdom. Always known as a classic color it has that sleekness and refinement over black yet retains the dignity and authority of it. They say grey as the color of your car portrays elegance and just being cool.

In fashion, this neutral color goes with brown and as a pair they are similar to black and white only less extreme and formal but more versatile. Designers love it as a background color and it matches virtually any other color which perhaps explains that 500 shades of it are perceptible to the human eye.

It is no coincidence that they say gray creates expectations because that is the color of the skies before they open up and bequeath the blessing of rain upon the brown earth.

The grey diamond usually comes as a secondary hue in pink, yellow, green, blue, violet and purple stones producing either cool or warm tones. As a primary hue the diamond is quite unique and there are many names for the numerous shades they come in such as ash grey, charcoal grey, slate grey, metallic grey, steel grey, silver  grey, battleship grey, cloudy grey or cool grey.

A famous grey blue diamond known as The Wittelsbach is one of exceptional beauty, and although early records were destroyed, it has a royal history. Documents show it belonged to Philip IV of Spain, who gave it as a dowry to his daughter and it subsequently passed into the House of Bavaria through several marriages and inheritances.  After 1931 when permission was given by the State to sell the diamond,  the stone‘s whereabouts became unknown and it was only in 1962, when a Belgian diamond jeweller was asked to look at it for re-cutting purposes, the Wittelsbach was re-discovered. Knowing it would be unfortunate to the history and heritage of the stone to cut it, he instead gathered a consortium of diamond buyers to purchase it. Later the Wittelsbach diamond was put up for auction at Christie’s in 2008 where jeweller Laurence Graff purchased it, who to the consternation of jewellers worldwide had the stone re-cut to remove the scratches and blemishes accumulated over the years. This reduced the size of the diamond from 35.56 to 31.06 carats and the GIA changed the diamond’s color grade from “fancy deep greyish-blue” to the more desirable “fancy deep blue,” and its clarity from VS1 to IF.

Natural Grey Diamonds are typically mined in Brazil, Russia, South Africa, India and Australia, and their grey color is a result of hydrogen being present in the gem thus absorbing other colors. They are available in Fancy Light Grey, Fancy Deep Grey, Fancy Dark Grey, Fancy Greyish Blue, Fancy Intense Grey, in brilliant, princess pear and marquise shapes. Browse our amazing collection to see the diamonds for sale.